Achieving global food security relies on producing food in ways that are ecologically viable and sustainable. However, today’s prevailing agricultural practices are damaging the very resources upon which our food system and food security depend.

Resolving this issue is a mammoth task, but there is much that we can learn from the traditional food production practices that, prior to industrial agriculture, stewarded our lands for thousands of years.

In a series of blogs that she is writing for Sustain, Dr. Chalmer is providing and expounding on excerpts from her book, published by CSIRO. In this first entry, she reflects on her personal experiences in agriculture that led her to write the book.

Why I wrote ‘Ecoagriculture for a Sustainable Food Future.’

At eight years old, I was sure that I wanted to be a farmer. My parents were running cattle and sheep on 80 hectares of leased farmland in the rural foothills of the Darling Range south-east of Perth, Western Australia. There was bushland, wild animals and farm animals on the small property, as well as a lovely blend of pastures and healthy mosaics of native bushland with plentiful wild animals: Rabbits, foxes, bandicoots, kangaroos, phascogales and brushtail wallabies. Observing them required stealth and sitting quietly until they accepted my presence (except for the big, bold, male bandicoot who would chase the cat and eat her food).

My dream farm was never an endlessly cleared monocultural landscape.

This animal-nature fascination eventually led to completing a Zoological science degree. Fortuitously, studying Zoology rather than Agricultural Science gave me a solid grounding in Ecology. It was natural for me to want to see farms as ecological systems, rather than the normative view of agriculture as being socio-economic production entities separated from nature.

It was natural for me to want to see farms as ecological systems, rather than the normative view of agriculture as being socio-economic production entities separated from nature.

During the 1980s, my husband and I bought 340 hectares (200 hectares pastured) of high rainfall (1100mm) cheap, degraded farmland on the WA south coast at Denmark. We chose a beef cattle enterprise because we couldn’t afford a dairy. 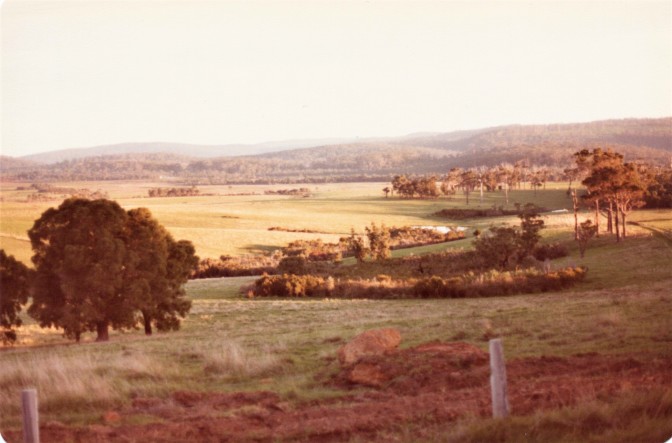 The author's farm at Tingledale, west of Denmark, 1980s

Despite both having childhood farm backgrounds, we were blissfully ignorant! Luckily, we had a mentor: A successful local dairy farmer born in the district, who knew how to grow exceptional pastures. Denmark, despite its big trees, lacks sufficient phosphate, potassium, nitrogen, and most essential trace elements needed to grow the introduced plants and animals that comprise Australian food. Our mentor emphasized the importance of applying superphosphate—at least 200kg /ha every year, copper sulphate every five years, annual applications of cobalt sulphate—essential for clover nodulation and ruminant animals (part of Vitamin B12) and liming every 10 years. Later, he, we and an Agricultural Department researcher confirmed that Selenium was also essential for reproduction, healthy hearts, and strong immune systems. Our findings helped lift the state ban on allowing Selenium to be top-dressed with fertiliser onto pastures.

At the time, my husband’s environmental consulting business was making a good living, but at the expense of a stressful lifestyle, so we decided to “go full time farming!” With three children, we needed a bigger farm. Eventually, after a brief time in Mt Barker and seeing salinity developing, we bought a cheap 2400 hectare degraded farm east of Esperance (620mm rainfall). With a porous spongolite geology, it was safe from salinisation—it just needed fertiliser.

Though achieving our original dream, aspects of modern farming raised apprehensions about its long-term future. Economic and environmental pressures are fundamentally behind a long-term malaise in the farm sector, with male suicide rates double that of urban counterparts.[1] People who have no land understanding often force economic, social, and political imperatives upon farmers. Farming can become soul-destroying for those with a deep sense of place and a land-nature connection. Despite all the hard work, only a small portion of the food dollar (around one percent for milk) ends up in our pockets.

Though achieving our original dream, aspects of modern farming raised apprehensions about its long-term future... Despite all the hard work, only a small portion of the food dollar ends up in our pockets.

On our farm, cropping became necessary when the Federal Government closed the live cattle export industry in 2011. Cattle flooded the domestic market, causing cattle prices to drop by 30 to 40%. The whole sector was punished because of non-compliance by a few abattoirs in Indonesia. Industry participants were severely impacted economically, as was the delicate ecological balance of cattle production systems in rangelands. Land became overstocked and damaged by too many cattle.

We felt judged by the Federal Government and some community members as not deserving a fair and reasonable livelihood from producing beef. This devastating episode triggered my concerns about long term sustainability: A significant cultural disconnect from food production systems was obvious; red meat was being blamed for poor health; unbalanced accusations about cattle production as endangering the planet from habitat destruction, methane and carbon dioxide production; profound ignorance about positive features of grassland habitats; also, evidence that peak phosphate was approaching for our most vital input.

My concerns about long term sustainability of farming were triggered: A significant cultural disconnect from food production systems was obvious.

These concerns led to a PhD looking for answers and other ways, including ancestral, to produce food ecologically. My findings were judged important enough to transform into a book, Ecoagriculture for a Sustainable Food Future.

Nicole Chalmer gained a Bachelor of Science and Graduate Diploma in Agribusiness before going farming for 30 years. She partnered in developing Coronet Hill at Esperance using ecological principles and perennial pastures for cattle production. Discontent concerning the social-ecological sustainability of modern farming led her to complete an environmental history PhD analysing sustainability of food production systems, from the deep past, colonialism and present. 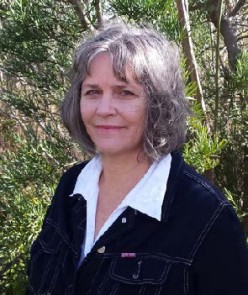 [1] Farmsafe Australia Inc. Managing the Pressures of Farming. 2019 It is unexpected that Managers(who would theoretically not have as much personal investment in a farm) as well as owners were depressed – it may indicate an inevitability in human psychological attachment to nature and place.