Food sovereignty and sustainable food systems expert Nick Rose is pioneering urban agriculture in Melbourne. He explains why the future of city life depends on it. 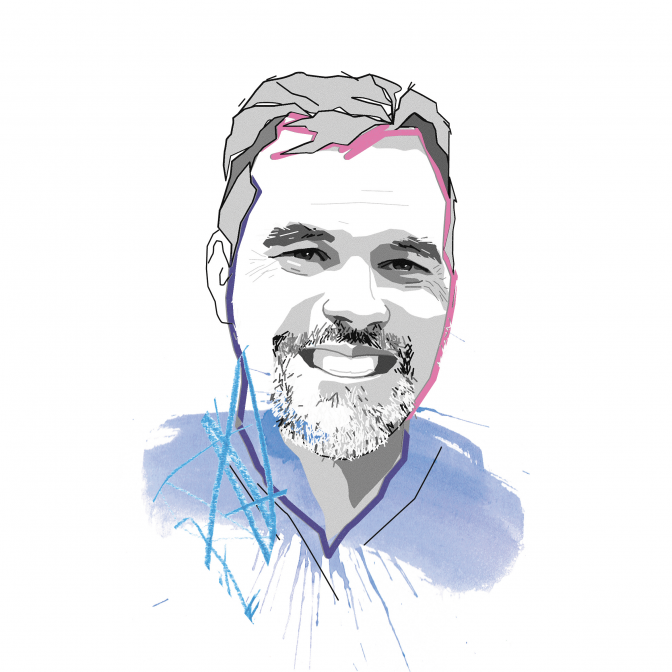 How worried should we be about food security? How pressing a concern will it be for city planners and designers?

It’s a huge problem right now, let alone what might be the case in 10, 20, 30 years. According to official figures, there’s close to a billion people who are hungry in the world today. If we look at more realistic measures of hunger — in terms of calories that people need to live an active and physical life — somewhere between 1.5 and 2 billion people are hungry or in extreme food insecurity right now. Then you have another 2 billion suffering micronutrient deficiency and another 2 billion overweight and obese, which is a different form of malnutrition. So it’s pretty clear that the food system is very dysfunctional and unequal and producing a whole range of very perverse and problematic outcomes.

In terms of city design, the climate predictions are extremely concerning. The latest Intergovernmental Panel on Climate Change (IPCC) report suggests that absent some very serious action on climate change, we’re on track for 4°C of warming, and the impacts of that on our food and agricultural systems will be absolutely catastrophic. We’re beginning to see that right now with the appalling summer of bushfires that we’ve experienced in Australia. And COVID-19 certainly highlights the importance of urban food systems. So it’s something that needs to be very high up our social, political and economic priorities. Because if we can’t feed ourselves, then everything else becomes moot. The big shift in human history over the last 100 years has been from an agrarian, rural population to an urban one and that trend shows no sign of slowing. In a highly uncertain climate future, that means we need to be planning for food in cities.

How far could cities feed themselves? Are there limits to urban agriculture?

Urban agriculture already plays a significant role. According to the Food and Agriculture Organization of the United Nations, an estimated 800 million people are involved today, producing about 20% of the world’s food. And they are doing so in conditions that are marginal, with precarious land tenure and very little support from governments. So if urban agriculture were to be taken seriously, then its potential could be considerable.

Part of the answer to this question depends on what we are going to be eating. What does a sustainable diet look like? The EAT-Lancet Commission report (2019) talks about a diet for planetary health as one that is increasingly plant-based. That’s where urban agriculture really comes into its own, because cities aren’t so appropriate for livestock agriculture. We’re not going to have cattle herds in cities or large-scale pig or poultry farms. But if new technologies are embraced, cities can go quite a long way towards feeding themselves with fresh and healthy produce, particularly vegetables, but also fruit and poultry. A University of Melbourne research project recently found that Melbourne could satisfy about 40% of its own food requirements from the productive capacity in the greater metropolitan area, and about 80% of its fruit and vegetable requirements.

If urban agriculture is done well, it can be enormously productive. We’re in discussions with an agritech company called BioFilta that uses a form of urban agriculture technology called wicking beds. It’s climate-smart urban agriculture that conserves water — there’s a reservoir of water at the bottom of a raised bed, so you water from the bottom not the top. Biofilta estimates, based on extensive experience with their advanced wicking bed technology, that growers can produce about 30kg of fresh produce per year in one square metre. To translate that to broad-acre farming, you’re talking about 300 tonnes per hectare, which is a huge yield. In Australia, even irrigated wheat in best-performing conditions only yields about eight to ten tonnes per hectare.

Find the original article at The Possible.

The Possible is a print and digital magazine exploring the changing nature of buildings and cities, and the ideas and innovations that can help them to function better. It is published by WSP, a global engineering company. Our goal is to inspire, inform and entertain, to encourage discussion about what the future holds, and to bridge the gap between blue-skies thinking and what’s possible now. What if we can? wsp.com