The Story of a Female Rabbit Breeder

In May 2021 Reem went 12 days without being able to work at her rooftop rabbit farm because of the Israeli bombings. Not only was her agri-enterprise affected by the pandemic, she tells us that “the Israeli bombing during the last aggression on Gaza caused the death of a large number of rabbits and countless losses”. 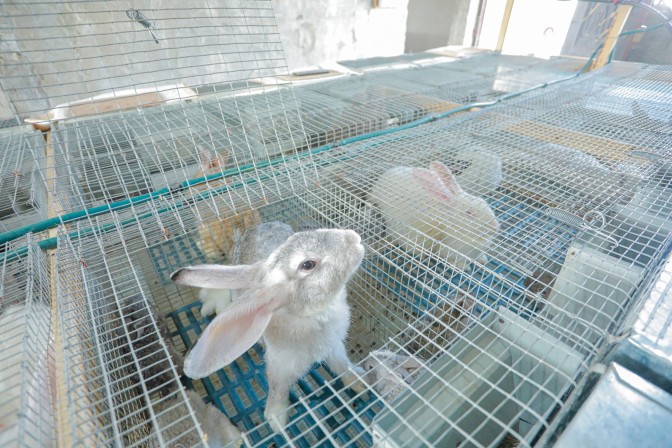 “The Israeli bombing on Gaza caused the death of a large number of rabbits and countless losses.”

The last Israeli bombardment paralysed the movement of Gaza citizens, even inside their own homes. Border closures in and out of Gaza affected the price of food, equipment, and animal feed which consequently inhibited the agri-enterpises potential for expansion.

Nonetheless Reem still hopes she will be able to expand her small agri-enterprise in the future. On her 90 square meter house rooftop, Reem has established a small rabbit breeding enterprise. Starting this enterprise at just over 30 years old, Reem explains that her agri-enterprise must support her 10-member family due to their lack of income; this being the common narrative for the people in Gaza. Her husband had recently lost his farming work because the agricultural land he was working on was destroyed during the Israeli aggression on Gaza in 2014. 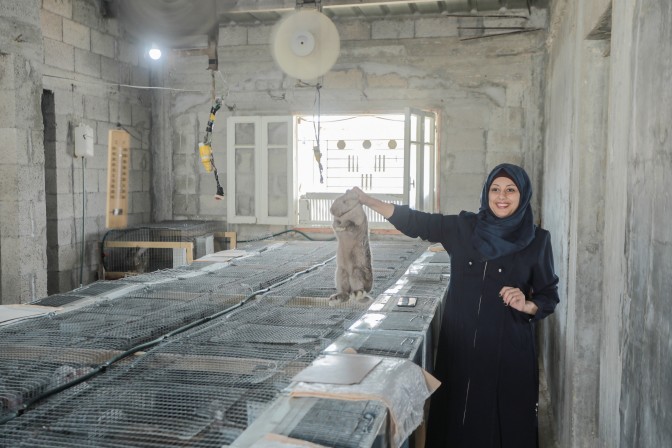 At the age of 30, Reem established her rabbit farm in 2014, to support her 10 member family after her husband lost his farm work when the farm was destroyed by Israeli aggression.

Due to the fragility of the agricultural sector in Gaza and the frequent marginalization of women-led agri-enterprises, joining the Urban Women Agripreneurs Forum (UWAF) is both empowering and meaningful for women who may be otherwise marginalised.

"Being a member of a distinguished diverse group of women agripreneurs, where our number has now reached about 100, gives me the opportunity to exchange experiences and learn about the challenges and success stories of others”. 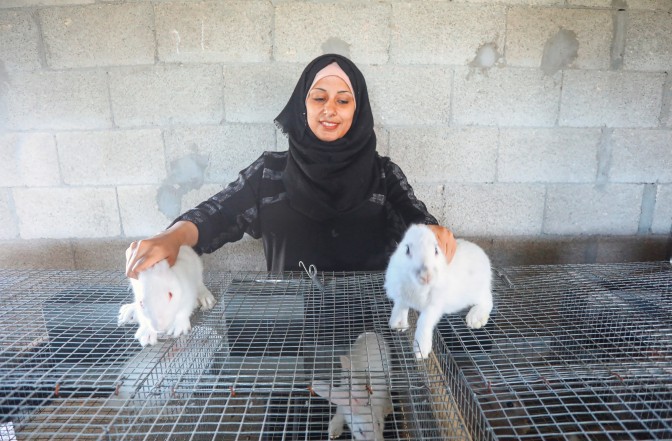 Reem ends with a message of hope for the future, and she shares with us her happiness and gratitude to Gaza Urban and Peri-Urban Agriculture Platform (GUPAP) and UWAF as they continue to stand by the agri-enterprises, providing production inputs and raw materials to the UWAF members so that they can continue to work produce even after the damage and heavy losses that these enterprises have suffered.

Support Reem's agrienterprise and donate to our joint campaign with GUPAP to provide 50 women farmers with an equal number of grants, enabling them to rebuild their farms and strengthen Palestinian food systems.