I didn’t start out with an Agricultural background, nor did I grow up thinking I wanted to be a farmer. I was raised as a city girl in Manila, Philippines, but I later discovered that farming had always been in my ancestry. It was thanks to my mom taking my family around the countryside so often that I learned to love nature early on. 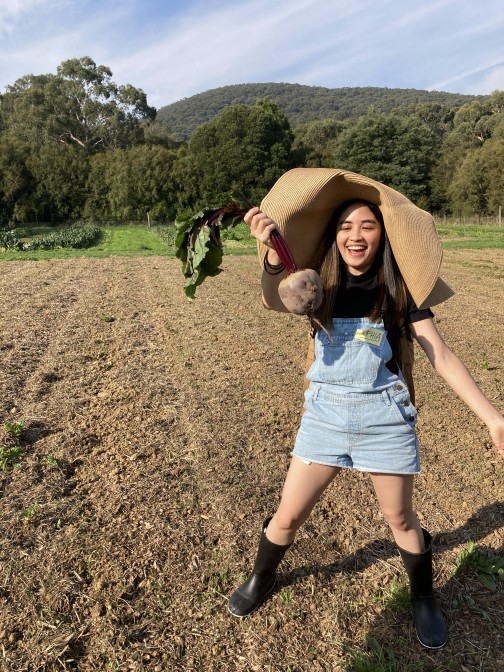 One of the places we visited a lot was my grandfather’s retirement farm, which had horses, pigs, chickens, and, my favourite, our pet snake “Sammy the Snake.” My grandmother would tell me about her days as a cattle rancher, and what it was like growing up in her rural hometown. I treasured those road trips and stories - having only known life in the suburbs, this was a world I was always excited to learn about. As I got older, I remained curious about science and nature, the intricate web of life, and I constantly wondered what my role was in all of it.

I was (and still am) an idealistic kid that enjoyed volunteering and community service. I thought it would be great to work for a not-for-profit someday, but my economist of a dad was worried I needed a more “stable” career, so I took a Bachelor of Business. As a young adult, I asked myself “Is it possible to keep my parents satisfied, earn a living doing something I love, and still create positive change?” To make adulting more difficult, I found out my family would be migrating to Australia.

At that time, I was scared to leave my comfort zone, my friends, and my first home. Thankfully my parents gave me time to ease myself into Australian life, so in the limbo years between moving from Manila to Melbourne, I spent a good amount of time with my grandmother in her hometown. It was there that I first got to experience what it was like to farm my own food, and once I actually got to dip my feet in the water, my entire view of farming changed.

As I stood in a rice field doing the real dirty work, I realised just how hard it was to be a farmer in the Global south, especially not having resources. That was also when I realised how privileged I was because I had the option to choose a different life overseas, while the farmers I met there may never get the luxury of choice. Today, I dream of being able to farm for a better climate and a more sustainable food system. To me, being a farmer means so much more than growing food – It’s being a steward of the land so that generations of people can continue to enjoy its’ fruits. If I take care of nature, it takes care of me.

To me, being a farmer means so much more than growing food – It’s being a steward of the land so that generations of people can continue to enjoy its’ fruits.

Fast forward to trying to get my foot in the Australian Agriculture scene. I was frequently met with disbelief that a young girl like myself would rather get her hands dirty instead of using her degree. “Are you sure you want to do this? It’s hard work.” “We worked so our kids could move to the city, and you’re saying you want to work in the field?” “You’re not going to get rich by farming.” “Isn’t this just a hobby?” “Maybe it’s a phase.” “Get an office job first, then volunteer when you have money” I felt like I had to keep on defending my choice, not only to my family, my peers and the people I meet, but at times even to myself. 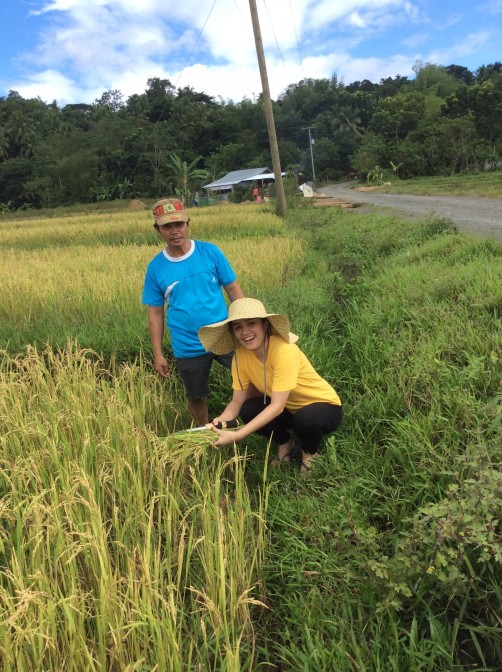 When you imagine what an “Australian farmer” looks like, I’m probably not the first person that comes to mind – young, female, Asian. I didn’t really know where to start or who to ask for help. I had to stop thinking of myself as an outsider and remind myself that I had nothing to lose by trying and asking - only everything to gain. 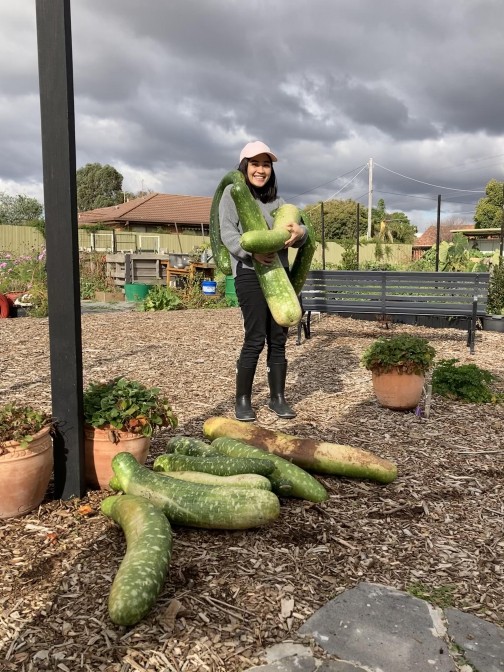 I struggled to get a job related to agriculture, so I dedicated all my free time volunteering and studying until I could build up my qualifications. My commitment was simple - sign up to anything related to horticulture, sustainability, climate or the environment each month, which then turned into each week, and once I found my groove, it became my everyday.

“We worked so our kids could move to the city, and you’re saying you want to work in the field?” I felt like I had to keep on defending my choice, not only to my family, my peers and the people I meet, but at times even to myself.

It was daunting at first to turn up to community groups not knowing anyone, or to find myself spending a whole afternoon with gardening grandmas and grandpas. Still, I was determined to find the right mentors and experiences, and that’s what brought me to where I am now – a part-time urban farmer, a part-time student, and a full-time supporter of sustainable food systems, and restoration of the environment.

Taking up a Masters in Agricultural Science and Diploma in Sustainability gave me the theoretical foundation I thought I needed to belong in this industry, but it was really once I started building relationships with local growers, food network supporters, and fellow landcarers that Melbourne truly started to feel like home. Turns out, I didn’t need the degree as much as I needed the practical skills and real-life connections – things I could only get from immersing myself in the field.

Carving Out My Own Space

As an Asian immigrant in the agriculture industry, I rarely saw anyone that looked like me, which had me doubting if I would ever fit in. I was getting used to either being the youngest, the only woman, or the only Asian - and in some cases, all three! I didn’t mind so much that I wasn’t seeing diversity, but I was genuinely concerned about where the young people were. I thought “surely there are others out there that care about this as much as I do?” I used to travel four hours by train from Werribee to The Mornington Peninsula just to meet with a group for Women in Landcare, which was the first time since I began my Agriculture journey that I met someone my age.

My mentor Karen Thomas from the PPWCMA told me that once you’ve made your way in the industry, you’ll find that it’s a small world. And I’m so glad she was right about this! In a span of three years, I went from not knowing a single farmer to having friends and mentors in more places than I can count. I could travel to different parts of town and I’d know a farmer down each side of Victoria. I learned later on that the outward differences didn’t really matter because all I needed was to be surrounded by people that shared the same values and goals as me. 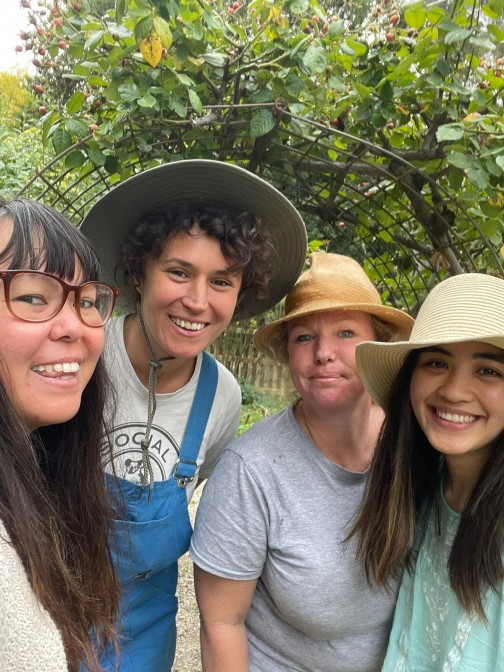 From starting out as a volunteer in the Werribee Heritage Orchard, I ended up doing fantastic things with Intrepid Landcare, Mornington Peninsula Landcare Network, Young Farmers Connect, Farmer Incubator and Farmers for Climate Action. As I met more farmers and food system supporters doing work I could only dream of, I started to see the different ways I could fit into this space, and growing food is only one part of it!

If through the work we do, children in the next generation are inspired to say “When I grow up, I want to be a farmer” then I know we’re doing things right. In this day and age, farming has evolved so much - farming uses all sorts of amazing technology, innovative science, and it has the power to heal the planet.

I’m so excited to be a woman in agriculture at this pivotal time in the climate crisis. It’s both my honour and responsibility to grow better, and be part of the #regeneration. Although at times I felt like I was going in blind, I couldn’t be happier that I’ve gone in this direction because all the support I’ve received has allowed me to do work that I love, while creating a positive impact – One plant and one person at a time.