What do the struggles of the Wet’suwet’en, the Puutu Kunti Kurrama and Pinikura traditional owners, and the Djab Wurrung Peoples have in common?

They are, like countless other Indigenous-led struggles to protect traditional territory, laying bare the destructive intent of settler colonialism and global capitalism. Moreover, they demonstrate the persisting determination of Indigenous Peoples in defending their inherent rights and responsibilities in addition to social and ecological justice for all.

Settler colonialism is described as the ongoing process and lived experience of invasion aimed at systematically erasing and replacing Indigenous Peoples with settler populations in countries like Canada and Australia.

Private land ownership and control by the settler state is central to the process of settler colonialism, just as it is to capitalism’s relentless exploitation of the earth’s natural resources. This is at odds with Indigenous Peoples’ complex relationships with land, relationships central to identity, culture, and nationhood (McFarlane & Schabus, 2017).

As increasing masses of the (settler) public respond in shock and anger to atrocities enacted against Indigenous Peoples and their ancestral lands, many are compelled to take action. Consequently, we are being forced to critically (re)think our approaches to allyship.

What does food have to do with settler colonialism? Food systems are inherently tied to issues of land and property because of their intimate dealings with soil and water.

What did the research find?

Despite the eagerness of settlers to support Indigenous struggles, there are many barriers keeping us from taking action, such as: fear of offending Indigenous people; fear of standing up to other settlers; and lack of time and support from colleagues, leadership, and funding structures.

In my conversation with Bruce Pascoe, he explained:

Excitement is a wonderful thing, but action as a result of excitement is the real crux. I can see the excitement. I’m surrounded by it... Just because you’re excited doesn’t mean to say that’s going to be enough. We have to change the way the country operates… Not this gushy excitability. It’s not enough. And it infuriates me. I was suspicious of it when it began and I’m more suspicious of it now because that’s all that’s happened.

Even when settlers do find ways to engage with Indigenous Peoples and food systems, such engagements too often benefit settlers and fail to redistribute power and ownership to Indigenous partners. For example, collective spaces where settlers and Indigenous people come together to build relationships too often turn into requests by settlers for education. This not only distracts from productive alliance building and power redistribution but places unfair emotional demands on Indigenous people taking part in those spaces. 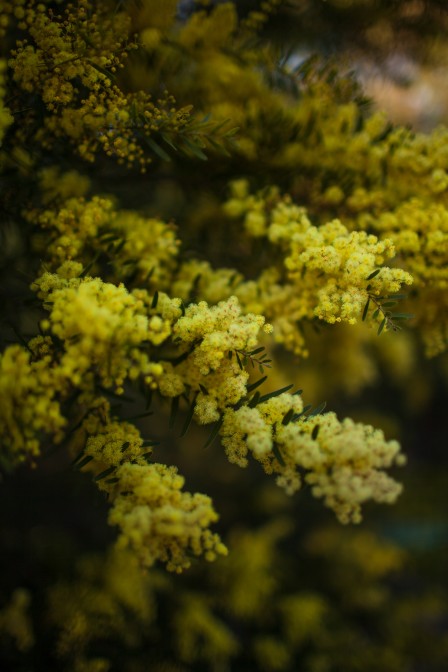 Based on the insights of research participants and perspectives in broader social movement scholarship and practice, confronting settler colonialism involves situating our(settler)selves within the ongoing settler project, finding less harmful ways of relating with Indigenous Peoples, each other, and the land we occupy, and applying these learnings to make organizational commitments to support Indigenous struggles.

As we continue to witness events taking place at the intersection of settler colonialism and capitalism like the ones named at the beginning of this post, it is our responsibility to figure out what meaningful action and allyship looks like to the specific Indigenous Peoples whose lands we occupy. Only then will our visions and efforts for just and sustainable food systems be truly so.

Michaela Bohunicky is a white settler Canadian, Registered Dietitian, and graduate student born and raised on Treaty 1 Territory (Winnipeg, Manitoba, Canada). She has lived and worked on the stolen lands of the Anishinaabe Peoples of Fort William First Nation for the past three years (Thunder Bay, Ontario, Canada). She is in the final stages of a research project examining settler colonialism in food movements as part of her degree at Lakehead University under the supervision of Dr. Charles Levkoe. In 2019, she was hosted by Sustain while she learned about their work and collected data for her research.

To learn more about work being done at Lakehead University: https://foodsystems.lakeheadu.ca/