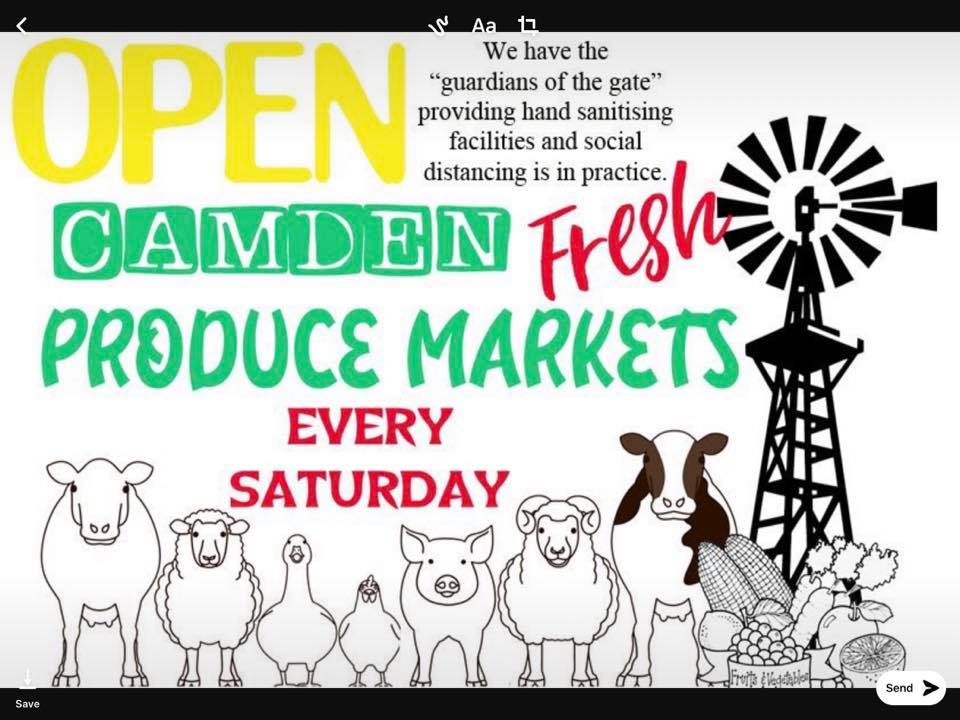 The first market was held in Lower John Street on 3rd of November 2001 providing an alternative opportunity where local growers and producers could sell their product direct to the customer and customers knew exactly where their produce was coming from. Stallholder participation is limited to produce grown or produced (artisan) in the Macarthur and Sydney Basin with a 5% margin allowed for outside this area.

When the GROW funding ended the market continued on a temporary DA, during this time another organization was sought to take over the funding and running of the market, a number of local charities and tourism associations were approached and none were willing to take it on.

To keep the market operating Macarthur Growers Pty Ltd was formed by a group of growers and producers who supplied the funding for a DA and running of the market, they have continued to do this for the past 12 years.

The initial intent was to provide a market that is an asset to the community and a benefit for farmers, producers, and customers and this is still the intent today. We support local charities and encourage them to take advantage of a free stall site (on a rotational basis).

We are also a “Genuine Farmers Market” all products sold must be grown, produced, or made by the person selling them and we do not allow products to be bought wholesale and then sold on to customers at the market. We have strict rules and measures in place to ensure the product for sale is direct from the farm or kitchen.