Thanks to the amazing work of the Cardinia Food Movement, the opportunity created through the Pick my Project funding and the generosity of Vicki Jones of CSM, a local farmer, there is something truly innovative happening right now in Longwarry. 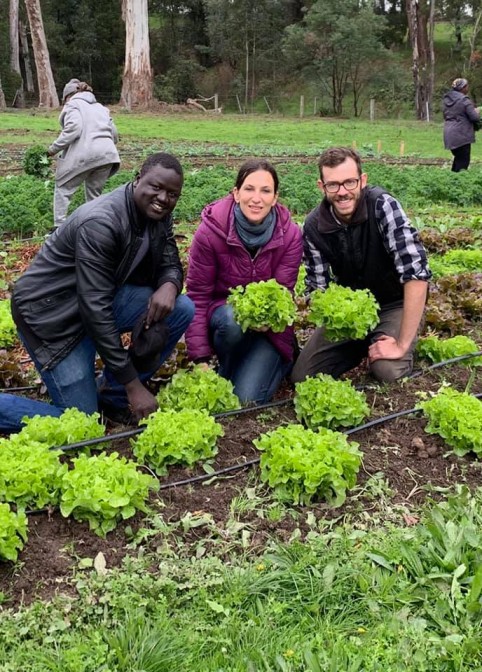 It all started when Liberian-native Queyea Tuazama moved to Pakenham 10 years ago from Dandenong/Narre Warren way to be closer to farmland and opportunities to grow the foods her community miss from Africa.

Then in 2018 Max met Queyea and her daughter at the Pakenham Agricultural Show. From what started as a conversation quickly blossomed into a friendship that was grounded in food and culture. When Queyea told me what she really wanted was to grow food for her community, I instantly called Vicki from CSM Organics, who was straightaway on board with the idea of lending some land from her family’s property, especially if the school (Pakenham Secondary) was ok to share the same 1 acre paddock that had been allocated for the Pick my Project, Community School Farm. The School said yes, plus other resources which had been allocated to help set up the Farm Site.

Three working bees later, including most recently the Harvest celebration, there have been 50+ people from the mixed African community who have come to help prepare beds, sow seed and plant different cool climate crops. Of the land that has been allocated, 500m2 is under seedlings and 800m2 has been sown with green manure.

Every working bee is a celebration. Everyone is dancing and eating as much as they were carving up the land and planting. They bring boundless energy, postivity and enthuasam.

Fairly early on in the piece, agricultural scientist Ajak Thuach joined the growing force. There is another great connection here with Queyea and Ajak doing the internship with Farmer Incubator growing garlic at a nearby property in Nar Nar Goon north, which Tanya and Max helped facilitate and with teh generous supprt of the Cardinia Shire who offered these places.

As a whole of community initiative, the United African Farm has big plans for their plot in Longwarry North. Including to work closely with local school students sharing their cultural knowledge and traditional methods of food production while actively empowering each other to achieve food sovereignty. This is a determined group who are incredibly thankful to Vicki and everyone who has made this possible, Queyea and her community have been looking for land for over 10 years now!

The food will be shared among the community and the rest will be sold in local shops, such as Owino African Market in Pakenham. 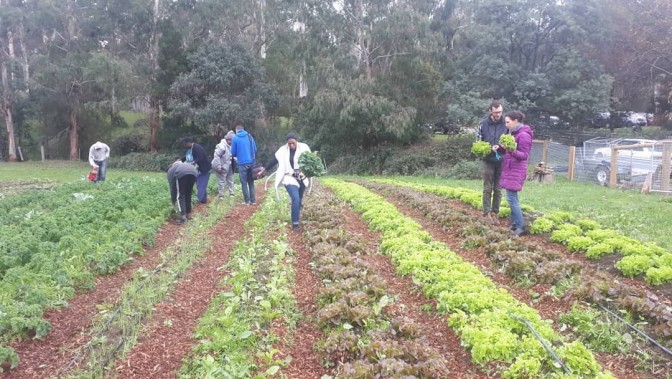 For Vicki Jones of CSM she wants to see more farmers getting on board the community sharing of farms as well as Government and community support for farmers to embrace these kinds of initiatives. Vicki took a huge leap of faith and the upfront risk but the good news is Vicki is already seeing the benefits of undertaking a project of this scale.

“It has been such a great initiative and there is no doubt that farmers benefit from working more closely with the community too – the benefits really do flow both ways” Says Vicki.

Each time the community come out to work on the farm, the farm comes alive with young and old, delicious food and lots of music. This is invigorates Vicki and her family and believe what they are forging in Longwarry is a community farm model that can be replicated across the Country and beyond. Everyone involved is excited about the potential to cross both cultural and inter-generational boundaries with the sharing of knowledge between the elders and the younger generation. Already some young people from the African community, and students at Pakenham Secondary, have been out on the farm to help during the working bees.

This is collective impact in action. The story shows the strength of cross cultural collaboration within the community and by finding common ground, we can find a better way forward. 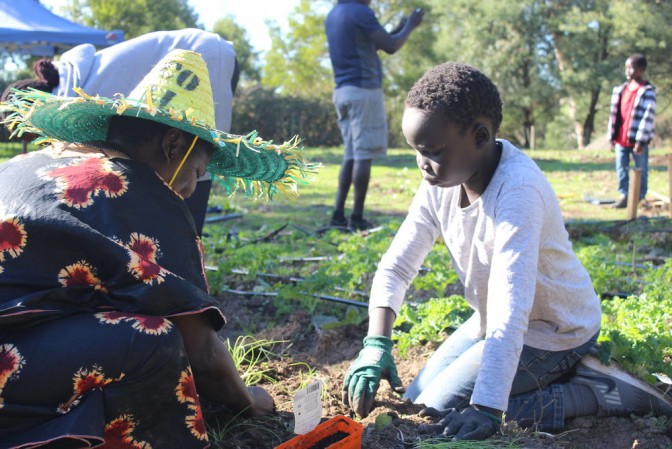 For more reading and coverage of this initiative: